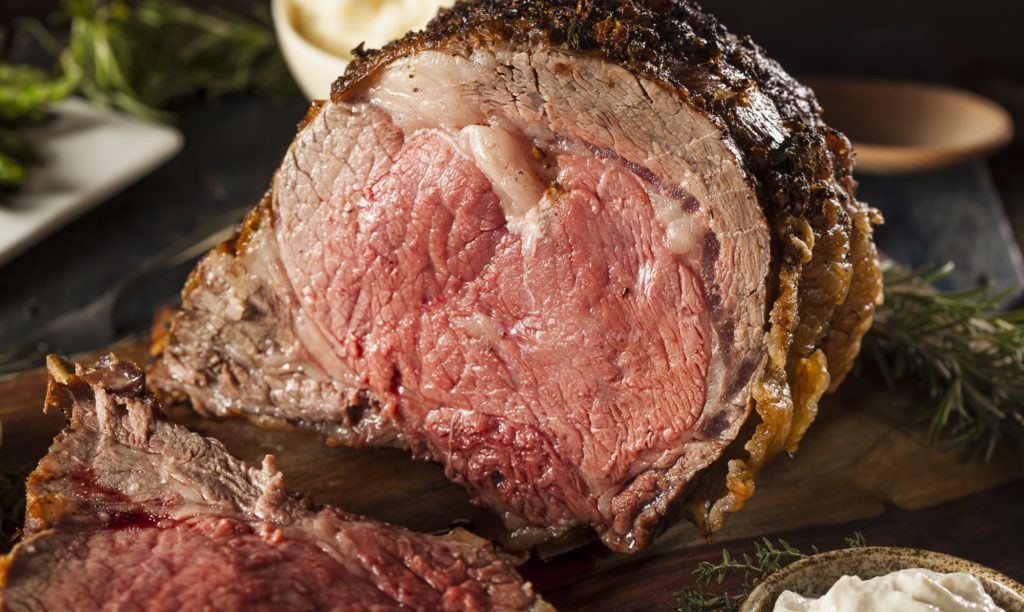 A Regal Presence On The Table

Preparing and serving a prime rib roast is always an event. Its regal presence on a table makes the occasion special, and its aroma can get my digestive juices flowing faster than any other food. It’s also interesting to watch our guests catch the first whiff of what’s in the oven. When they realize it’s prime rib, their excitement is almost palpable.

It’s Every Critter For Himself

Will we as a society ever stop eating meat? Some think so, but I doubt it. From a broader perspective, what we cook isn’t the only issue of conscience here. It’s much more complicated than that. We can talk about business, nationalism, money, sports, religion, or something as silly as politics, but I think as a society we’ll always operate under “the law of the jungle.” It’s “survival of the fittest,” “dog eat dog,” “kill or be killed,” and “eat or be eaten.” It’s the way  we were, and it’s just the way we are. It’s every critter for himself.

When ordering the rib roast from the butcher, be sure to request a “top choice” roast cut from the small loin end, the best being ribs 12 through 10. The prime rib roast is cut from the loins that lie on each side of the animal’s spine from ribs six through twelve. Have the butcher chine the backbone so the cut includes all or part of it.  Having the roast attached to bone I think imparts a much better flavor. For a classic look the rib bones look best if they are shortened and Frenched. Have the butcher do this for you as well.

To see my recipe for preparing a standing prime rib roast, click on Standing Prime Rib Roast and scroll through the narrative.

For a generous serving, figure on two people per rib. See the suggested size of the roast respective to the number of people you will be serving in the table below.

Start the rib roast cooking at 450 degrees for 15 minutes, then turn oven down to 325 degrees and cook according to size/serving chart below (times are approximate):

Goal: Internal temperature for medium rare is 120 degrees. It will cook on up to about 130 degrees after it is taken out of the oven. The roast will need to rest for at least 20 minutes so the juices can seal and flavors to permeate.